Over the years, Ovidiu Marinescu has shaped the skills and career goals of many young people, musically and beyond.  Some of those are featured on this page. His alumni include successful professionals in music (cellists, conductors, composers, educators) and other fields.  Ovidiu believes that he has gotten as much out of these educational relationships as has endeavored to give. 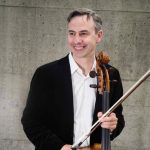 Cellist Alain Schudel is a founding member of Duo Calva, with approx. 1500 highly acclaimed performances that combine cello with comedy.  He is currently teaching cello in Switzerland and living in Munich and Zurich.  Alain studied with Mr. Marinescu in Philadelphia and Delaware.  Check out his performances on YouTube: 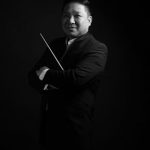 After studying conducting with Ovidiu Marinescu at West Chester University where he earned a Master’s Degree, Maestro Kang has studied at University of South Carolina for DMA (ABD).

He is conductor at Gimcheon Municipal Youth Orchestra in Korea, and has served as Music Director at Noble Symphony Orchestra, Anyang Bravo Orchestra Conductor, and Anyang Opera Company. 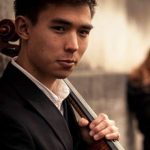 Peter Volpert is currently tutti cello in the “Swedish Radio Symphony Orchestra.”  After working with Marinescu in high school in West Chester, PA, Peter went on to study at Ithaca College and later in Europe. 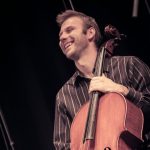 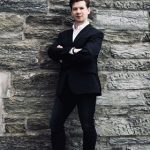 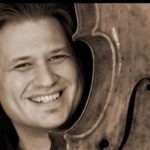 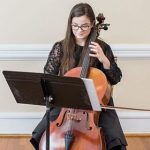 Genevieve Brogdon is a professional music educator and freelance cellist. Currently, she performs as a solo musician and as a member of the Appasionata Quartet. Genevieve Brogdon also works as the Orchestra director for the Marsh Creek Sixth Grade Center in the Downingtown Area School District. During her university studies, Genevieve performed as a featured soloist for the West Chester University Baroque Orchestra and as Principal Cellist for three different large University ensembles.

Genevieve runs a music studio for cellists from her home in West Chester, PA. She has also worked as a music teacher for Beacon Lodge, a summer camp for children and adults with disabilities. Genevieve was also the director for the Stringed instrument program at CEO Music Camp.

In addition to her playing and teaching expertise, Genevieve Brogdon has experience with event planning. At West Chester University, Genevieve undertook many projects including the creation of the WCU Cello Ensemble, serving as Music and Entertainment Chair for Aid to South Africa Festival, and founding the College of Visual and Performing Arts Festival–an arts fest which showcased the work of over 200 artists for three consecutive years. In the summer of 2013, Genevieve served as an intern at the Philadelphia Orchestra Association. Today she uses these management skills to create a top-notch musical experience for her clientele’s special events.  Visit her site at: https://gbrogdonmusic.weebly.com/ 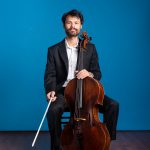 A native of Washington, DC, cellist Doug Machiz resides in Oakland where he is co-founder, manager, and cellist of Friction Quartet with notable performances for Zankel Hall at Carnegie Hall, the Montreal New Music Society, and Aarhus Chamber Music Society (Denmark).  He has been resident artist for several reputable organizations such as the Center for New Music Ensemble in Residence (San Francisco) and the Napa Valley Performing Arts Center. He has participated in the Banff Chamber Music Residency, Deer Valley Music Festival with the Muir Quartet, the St. Lawrence Emerging String Quartet Program, Bang on a Can Summer Festival, Fontainebleau Conservatoire Americain in France, and the Zephyr International Chamber Music Course and Festival in Italy.

While beginning his cello studies at the late age of 14, he was able to progress quickly thanks to his previous experience studying classical and jazz piano, bass guitar and classical and electric guitar. After working with Ovidiu Marinescu during the last few years of high school he went on to study with Mike Reynolds at Boston University, Bion Tsang at UT Austin, and the San Francisco Conservatory where he studied with Jennifer Culp.

In his spare time, Doug is an avid yogi, road cyclist, backpacker, traveler and weather geek. Since moving to San Francisco, he has become severely addicted to the amazing coffee.  He’s a big fan of Haruki Murakami novels and films by Richard Linklater, Wes Anderson, and PT Anderson.  More info about his quartet: https://www.frictionquartet.com/fq-musicians 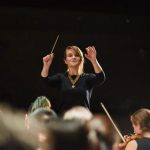 Tatyana Oksyuk is a graduate of West Chester University, where she received three degrees in Music Education, Piano Pedagogy, and Orchestral Conducting. Tatyana had an opportunity to study with renowned musicians and gain much knowledge and skill from Dr. Carl Cranmer, Dr. Igor Resnianski, Dr. Patricia Powell, and Dr. Ovidiu Marinescu. As a student at WCU, Tatyana has received multiple piano competition awards, served as an accompanist for vocalists and instrumentalists, Kennett Symphony Children’s Choir accompanist, participant in the festival in China, and was selected to be a participant at music festival with Anthony di Bonaventura.

Tatyana has maintained a successful piano studio for over 15 years and currently is a faculty member at Radnor High School, as an Orchestra Director. As a teacher, Tatyana has established a growing and vibrant orchestra program of 85 musicians, featuring many bright musicians in school and community concerts. Many of her students have successfully auditioned and participated for district, region, and national festivals, and selected to be a performing group at PMEA conferences.

Tatyana strives to provide with much inspiration, motivation, and educational experiences to her students and to discover the world of music to all of her students. To pass on the art of listening and making music to others, as she has been invested and nurtured by a giving community here at WCU. 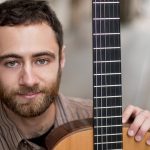 In high school Jeremy Lyons excelled on both cello and guitar, studying cello with Ovidiu Marinescu at the Darlington Fine Arts Center. Eventually Jeremy decided to follow on the footsteps of his father, guitarist Glenn Lyons. Jeremy received a BM in guitar performance from Florida State University, and holds a MM in Guitar Performance and Pedagogy, a MM in Musicology, and a DMA all from the Peabody Conservatory. Jeremy Lyons has been performing in the Baltimore area and beyond for more than ten years. He regularly gives solo recitals and has collaborated with orchestras and chamber ensembles.

In addition to solo endeavors, Jeremy is a member of two Baltimore-based contemporary music ensembles: Mind on Fire and Pique Collective, and he regularly performs with his duo partner soprano, Lisa Perry. Additionally, Jeremy applies his extensive background in Renaissance and Baroque music by performing on period instruments such as the Renaissance lute, Baroque guitar, and viola da gamba. As a composer, Jeremy works on projects that combine music and other artistic mediums such as poetry, theater, and sculpture. For more information, you can visit his website: jeremylyonsguitar.com

CHRISTOPHER CINQUINI consistently brings to the stage a performance high in energy, passion, and expressiveness.  Mr. Cinquini obtained a Master’s Degree in Conducting at WCU under the guidance of Ovidiu Marinescu. An active educator, he is currently the Director of Orchestras and music department leader at Boyertown Area Senior High School in Boyertown, PA – a community that has regularly been named to NAMM’s national list of “Best Communities for Music Education.” Outside of Boyertown School District, Cinquini serves as music director for the Reading Symphony Youth Orchestra, principal conductor for the Berks Opera Company, and has conducted a variety of festival orchestras through the Pennsylvania Music Educators Association. An active freelance violinist and violist, Cinquini has performed throughout the Northeast US with Josh Groban, Trans-Siberian Orchestra, Disturbed, Hanson, IL VOLO, and Sarah Brightman, in addition to performing locally with Berks Sinfonietta and the Chester County Pops Orchestra. Cinquini is an active member of the Music Educators Association of Berks County, the National Association for Music Educators, the League of American Orchestras, and is a member of the executive board for the Pennsylvania Music Educators Association’s District 10 chapter. 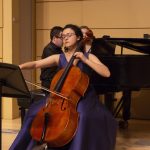 Lia Criscuolo is a graduate of West Chester University, where she received two majors in Music Education and Cello Performance and a minor in Music History. During her undergraduate studies, Lia served as principal and assistant principal cellist of the WCU Symphony Orchestra and Chamber Orchestra. Lia currently teaches elementary orchestra in the Wilson School District, and has been a teacher at Valotta Studios since 2017, where she teaches strings and piano.

Thanks to the ample connections made from WCU, Lia is also a freelance musician. She performs for weddings and special events with several string ensembles, plays in pit orchestras, and plays regularly with the Berks Sinfonietta of Reading, PA. Lia had the opportunity to perform as a soloist with the Berks Sinfonietta in June, 2019, where she played the Kabalevsky Cello Concerto No. 1. She will be returning as a soloist in January 2021 to perform the Haydn Cello Concerto in D major.

In her free time, Lia likes to go on walks, spend time with her family, and try out new recipes. Lia is very grateful for Dr. Marinescu’s help that got her where she is today. 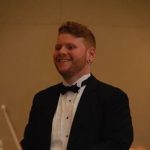 Mark Cellini is the Orchestra Director and a general music teacher at Great Valley Middle School, where he has been teaching since 2013.  Prior to his position at GVMS, he taught orchestra, band, and general music to grades K-8 in Northeast Philadelphia.  In 2016, Mr. Cellini was named co-director of the Chester County Youth Orchestra.  Under his baton, CCYO has flourished into a vibrant ensemble of talented young musicians from the tri-county area, performing such works as Danzón No. 2, Les Préludes, Barber’s First Essay for Orchestra, and most recently, Peter & the Wolf narrated by State Senator Andy Dinniman.  In 2018, Mr. Cellini was also named an Assistant Conductor for the Immaculata University Symphony Orchestra under the baton of Maestro Joseph Gehring.

Mr. Cellini is an active cellist and singer throughout Southeastern Pennsylvania, performing with the Chesco Pops Orchestra, the Immaculata Symphony, the Lower Merion Symphony, and The Brandywine Singers.  Through his performance experiences, Mr. Cellini has had the opportunity to perform at the Kimmel Center, Carnegie Hall, and the White House.